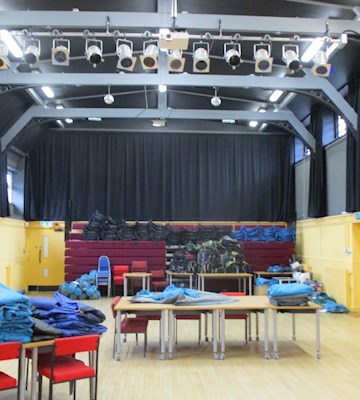 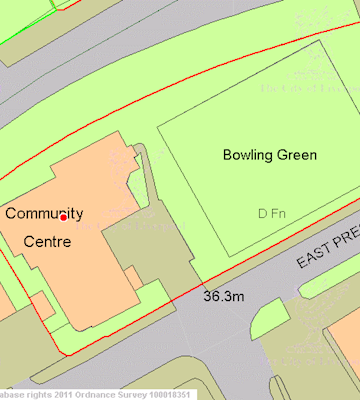 The premises comprise a purpose built Village Hall constructed in 1887 and extended in 1894. A further extension was added in the 1970’s. The property is constructed with solid brick walls relieved by red brick dressing and lacing courses, the remainder being rough cast render with a small part timbered. The majority of the roof is pitched and of traditional timber construction laid with red clay tiles, with the exception of the front extended areas which are flat and understood to be covered in felt.

To the front of the building, there is an approximate twelve space car park, with access to it being taken from the west-bound carriageway of East Prescot Road. To the front of the premises is a disused bowling green. The boundaries of the site are a mixture of the old sandstone walls / hedges, plus more recently erected railings alongside the northern side (to East Prescot Road). To the rear of the premises is a patio area. There was originally a caretakers flat in the accommodation but this is now used as additional offices and staff amenities.

The whole building has been remodelled & adapted for its current use as a Youth & Community centre, including the fitting of disabled facilities/wc etc. There has been a new boiler fitted, gas central heating and the majority of windows have been replaced with upvc double glazed units. Generally the building is in a good condition although some minor damp staining was noted to the ceiling of the main stairwell.

It is understood that the property is not listed, except for a drinking fountain located within the highway sandstone wall.